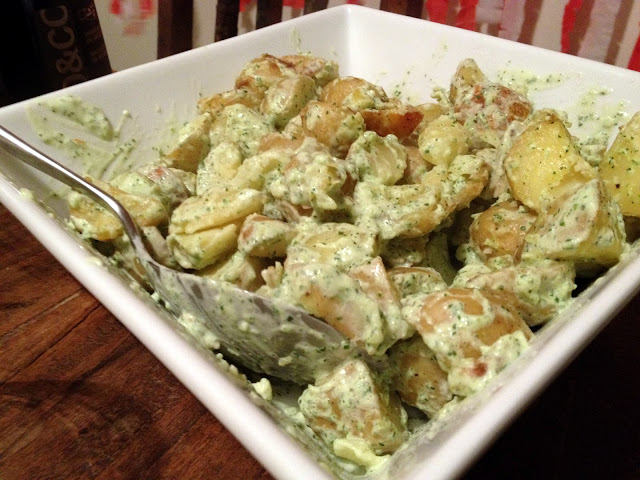 We had some friends over for a Mexican fiesta themed dinner this past week. I made these potatoes as a simple (and easy to prepare ahead of time!) side dish. Josh thinks they taste exactly like margaritas (salty, limey, and a little kick) so they've been deemed my margarita potatoes. I'll admit, it's kinda catchy.

The night before, I prepared the sauce, and I washed, chopped, and parboiled the potatoes. All I had to do the night of was throw the potatoes in the oven to heat and crisp them up. While the potatoes were still hot, I tossed them with the sauce. The potatoes soaked up the crema and all the cilantro/lime/jalapeno flavors. Deliciousness.

Slice jalapeno in half and cut out ribbing and seeds. Place jalapeno, crema, cilantro leaves, juice of 2 limes, and salt in a food processor (or blender). Pulse until creamy and mixed through. Place in covered bowl in the fridge.

Wash and quarter potatoes and place in boiling water until fork tender (about 15-20 minutes). Drain potatoes and run under cold water to stop the cooking process. Place potatoes in fridge.

Preheat oven to 400 degrees. Place potatoes on baking sheet and toss with olive oil. Bake until heated through and slighty crispy (about 30-35 minutes). Immediately toss with crema sauce (I used about 3/4 of the sauce and served the remaining 1/4 of the sauce on the side).

Note: if you wanted to do this all in one night. Simply drain the potatoes from the boiling water and immediately toss them with olive oil and place them in the oven. 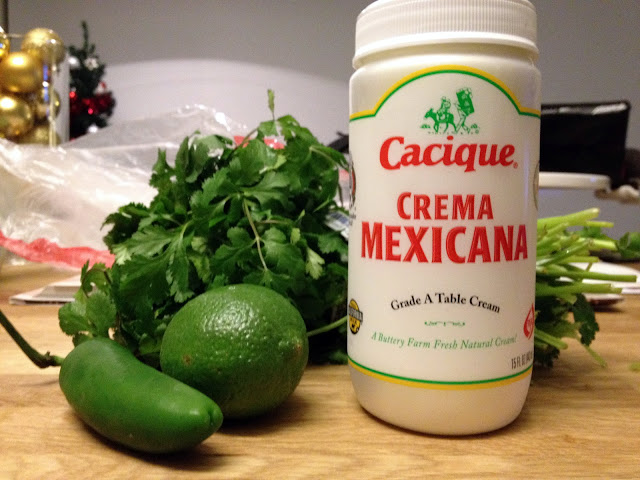 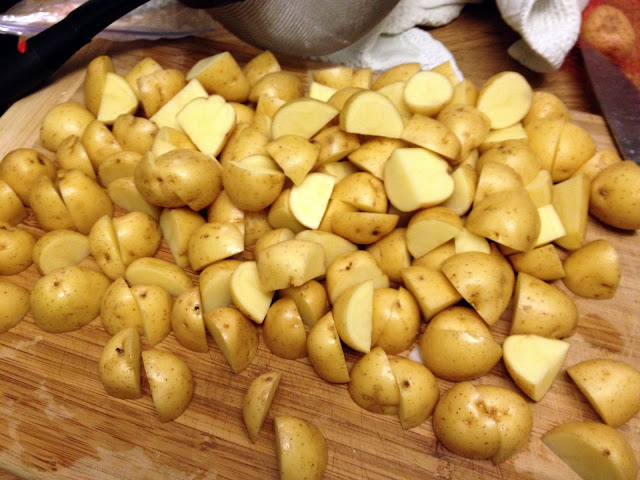