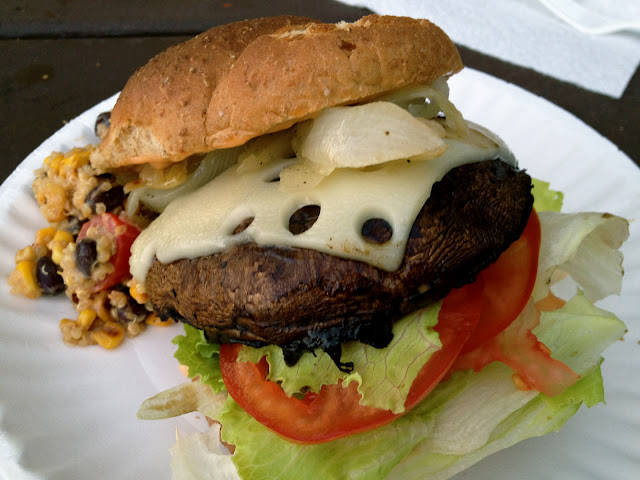 After 5 days of road tripping, field staring, and car repairing, we made it to Chicago. I guess, more officially Evanston.

As you can see from here, there was lots of gluttony to be had on the road. Milkshakes and pizza and fast food. 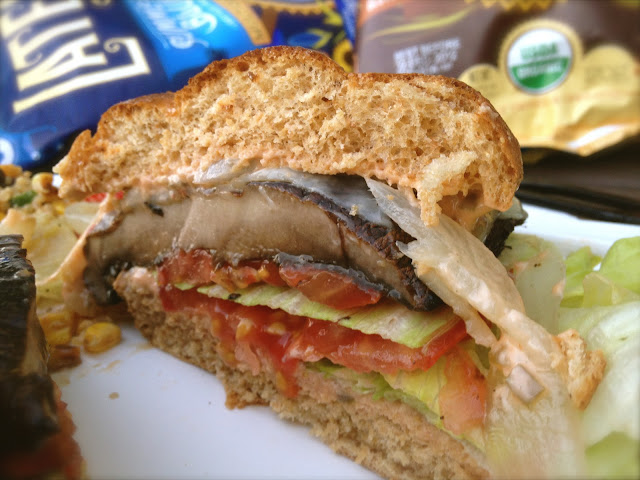 And then there was the boxes and the unpacking and the boxes. So naturally there was PB&Js pretty much for every meal of the day.

And now there are gym classes and grilled portabella sandwiches and a large glass of pellegrino.

These portabella sandwiches don't mess around. They're juicy and flavorful and everything you want from a burger without the, well, meat. 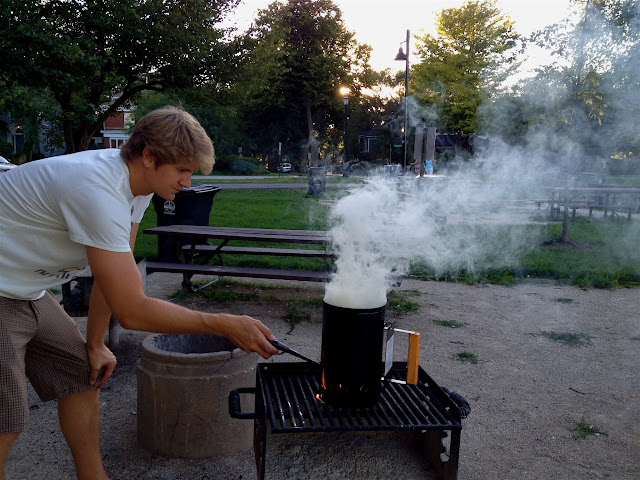 We were so dedicated to making these epic guys, that we taught ourselves a new way of grilling - with charcoals. And by we, I mean Josh. But such things are typically assumed, I guess.

So these sandwiches (burgers?) are simple and to the point. 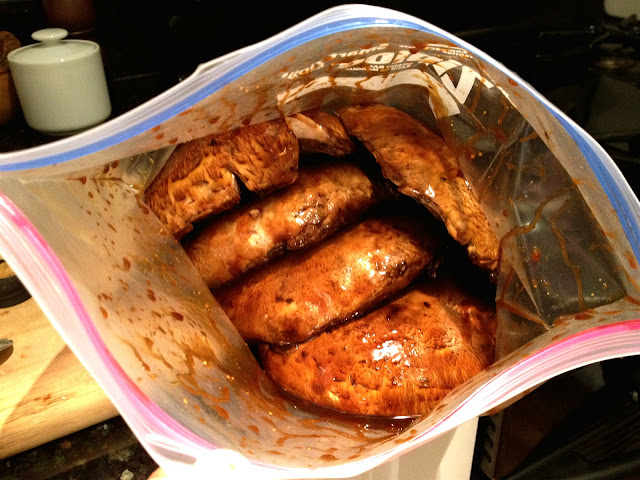 Take a portabella mushroom and clean that sucker. I like to lightly dampen a paper towel and rub off any dirt. Then I strip out the stem.

In a large plastic bag, throw in 1/2 cup teriyaki, 2 tablespoons red wine vinegar, and 2 tablespoons of dijon mustard. Mush it around with your hands. Yes, mush is the technical term. Then throw in the portabella caps and let them marinate for at least an hour in the fridge. 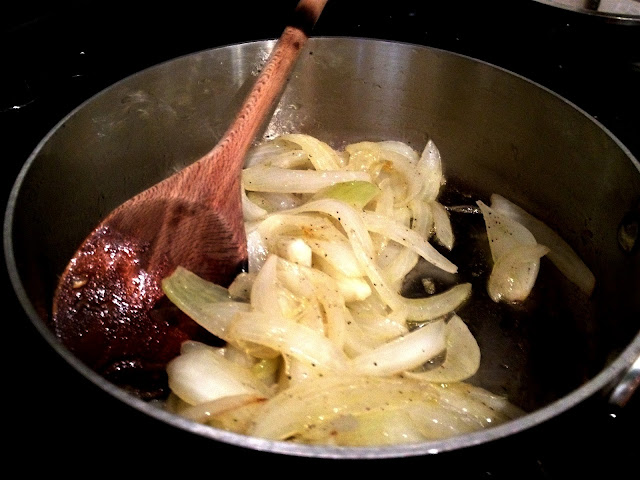 In the meantime, chop up 1 large yellow onion into pretty large chunks and saute until golden brown with some olive oil, salt and pepper. Throw the onions in a packet of foil, so that you can easily reheat the onions on the grill. 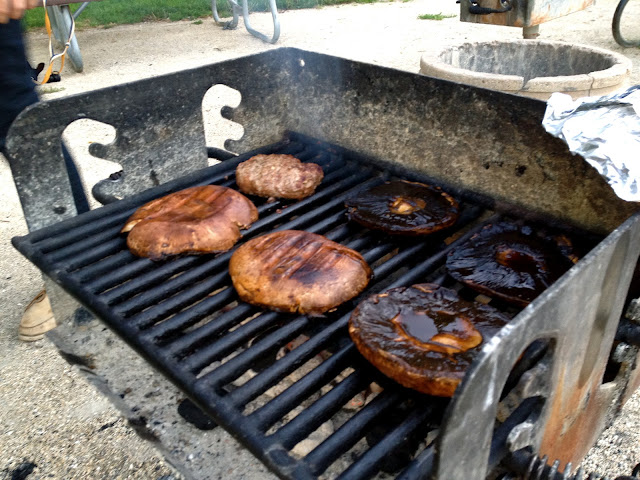 On whatever grill suits you, grill the portabella mushrooms on each side until tender. For the last minute or so, cover with a slice of swiss cheese so that it gets delicious and melty.

Meanwhile, lather on a few tablespoons of thousand island on each side of the bun, then top that sucker with your cheesy mushroom, tomato, lettuce, and reheated grilled onions. 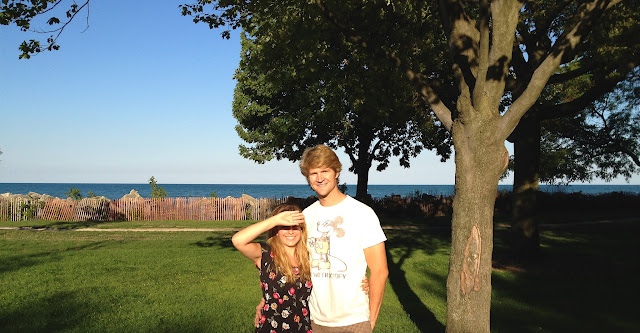 Joy. Oh, and a lovely view of Lake Michigan always contributes to the flavor. (Yes, it was quite bright at the time of the photo.)

Posted by Bourbon and Bleu at 7:00 AM No comments: