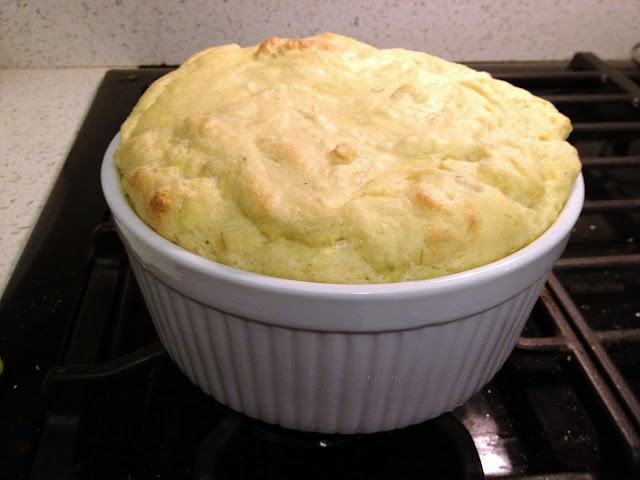 We haven't given up on our quest to perfect the souffle. We've been up to our elbows in dessert souffles (chocolate and fresh strawberry to name a few). So we decided to tackle the savory route.

My Dad heard about Josh's affinity for souffles and dug around to find him a souffle-dedicated cookbook. Poor guy searched around in 5 stores until he found this one. What dedication! 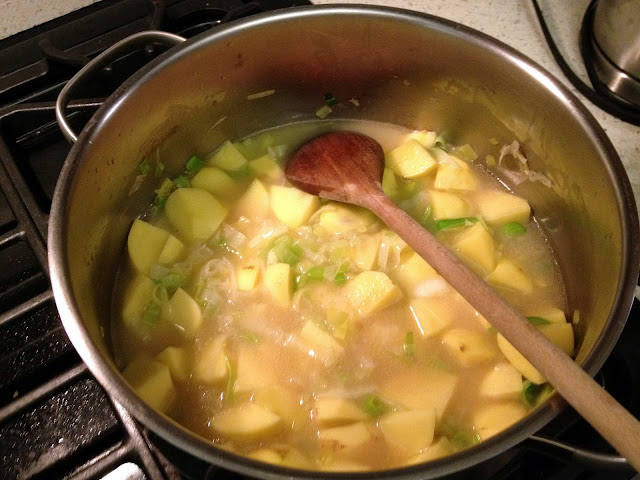 We peaked through the meat chapter, but weren't too keen on the calve's brain souffle or the liver mousse souffle. I'm trying to be better about eating nose to tail - I swear - but that sounded just a wee bit too adventurous for me. 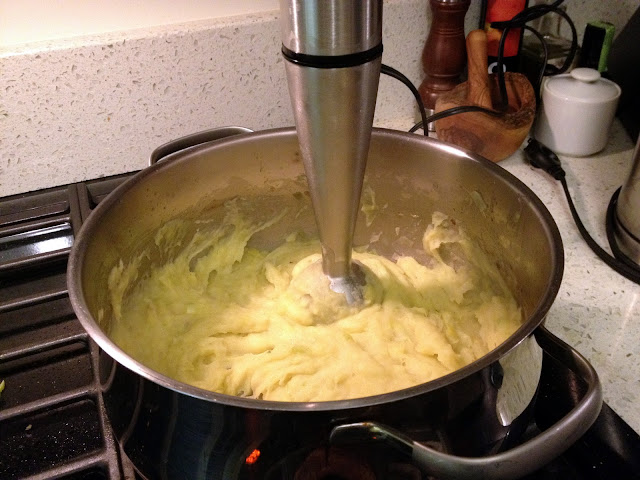 I absolutely adore vichyssoise and was thrilled to come across a recipe for a souffle version. Potatoes and leeks and eggs (and a nice amount of worchestire sauce, which I recently remembered I'm quite obsessed with). 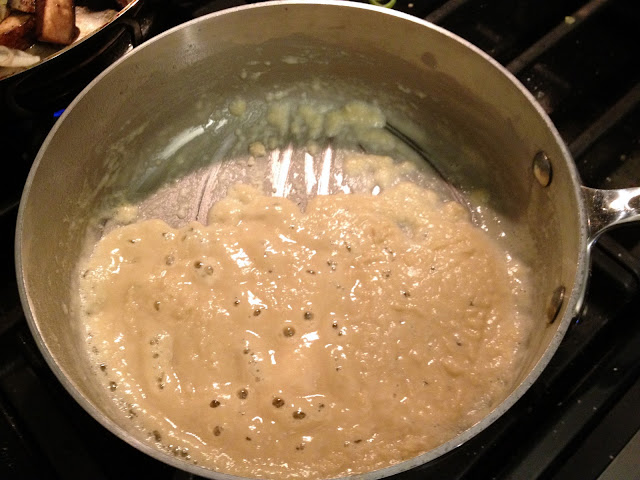 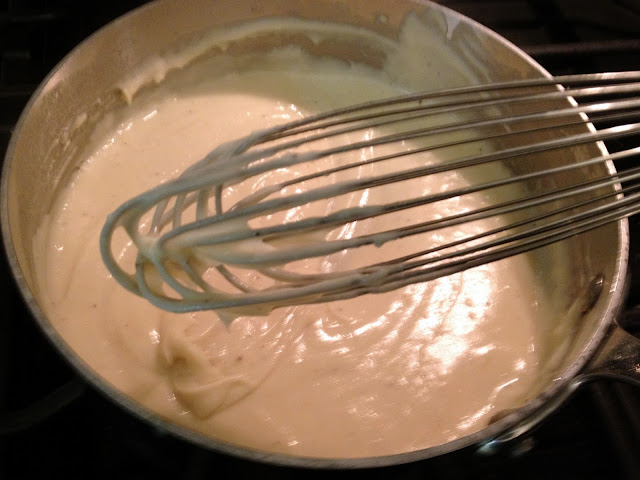 The recipe was the ideal Sunday evening meal. Especially when paired with an awesome glass of Cab and a small salad on the side. 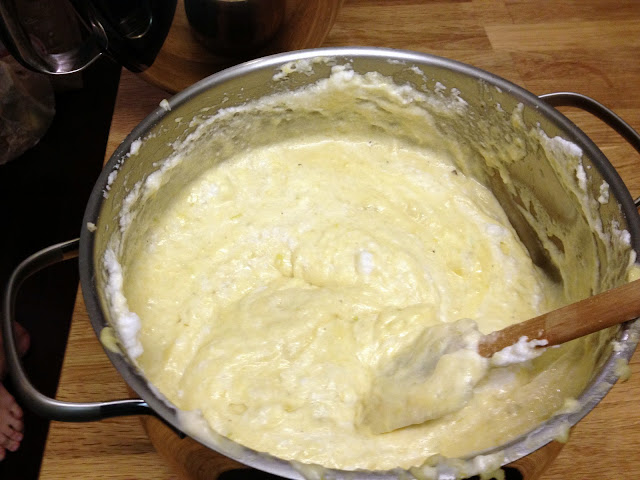 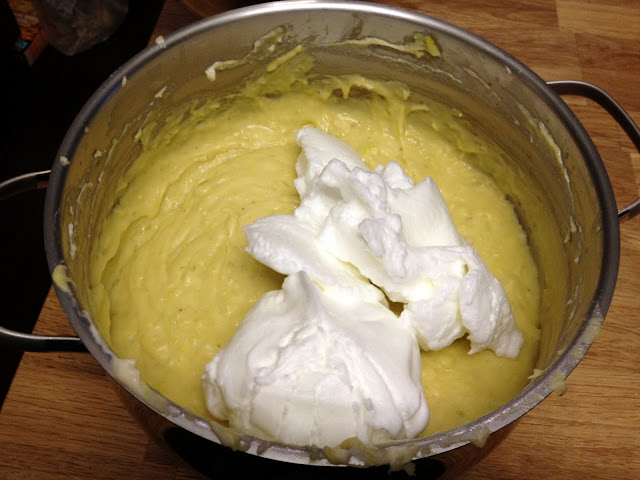 We made ours in a giant 1-1/2 quart dish and just sort of ate directly out of it. But you could most certainly make them in individual souffle dishes. Ooooh! And serve them for a French themed dinner with Bordeaux, a simple salad, and some macarons for dessert.
Can I be invited? K thanks. 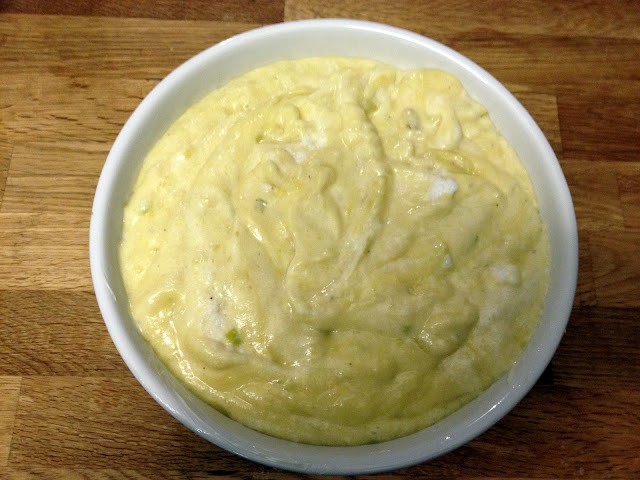 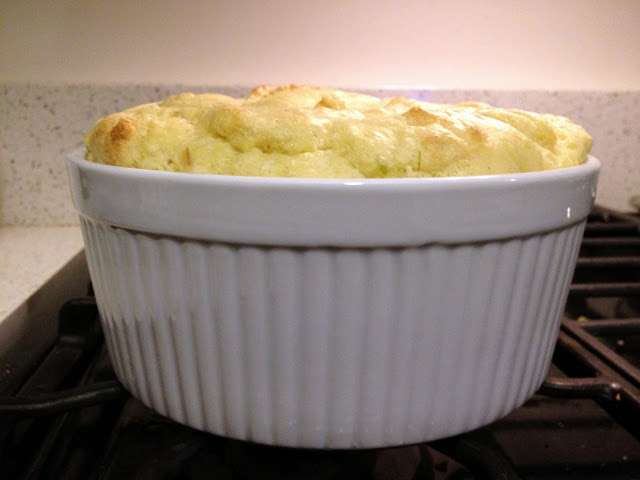 Melt 3 tablespoons of the butter in a saucepan and add leeks. Cook over low heat for 10 minutes. Do not let leeks brown. Add potatoes and 2 cups of stock and bring to a boil. Cook 13-15 minutes, stirring occasionally, until potatoes are fork tender. Blend using an immersion blender or transfer pot to a standing blender.

Beat the egg whites until stiff. Fold them into the vegetable mixtures carefully. Pour into a butter 1 1/2 quart souffle dish. Bake 30-40 minutes.

Posted by Bourbon and Bleu at 9:00 AM