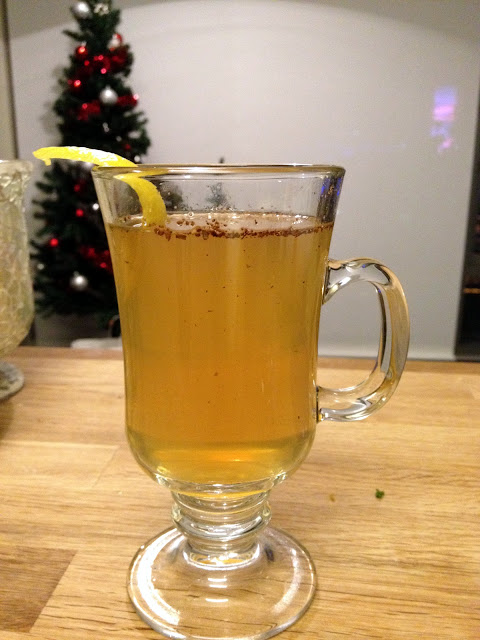 I stumbled upon this cocktail recipe in the most recent edition of Bon Appetit. It was meant to be since we had a giant bowl of apple peels and cores leftover from our apple pie baking. The recipe is delightfully potent and just sweet enough from the apple, honey, and cinnamon. It's perfect for any of your cold Winter nights.

Stir honey and water in a large glass until honey dissolves. Add apple bourbon and then divide mixture into too glasses. Garnish with lemon peel and generous pinch of cinnamon. 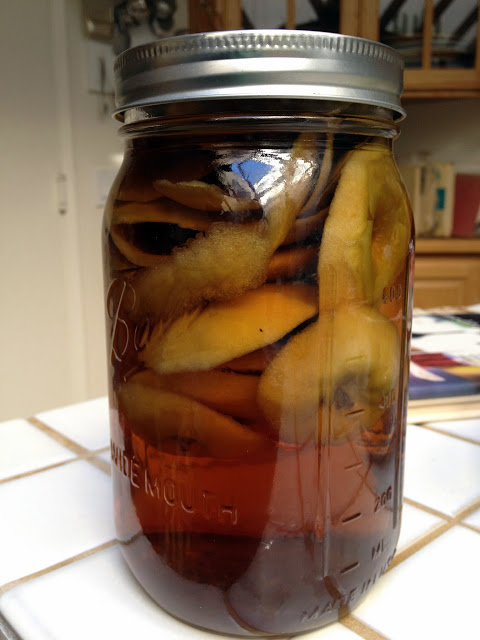 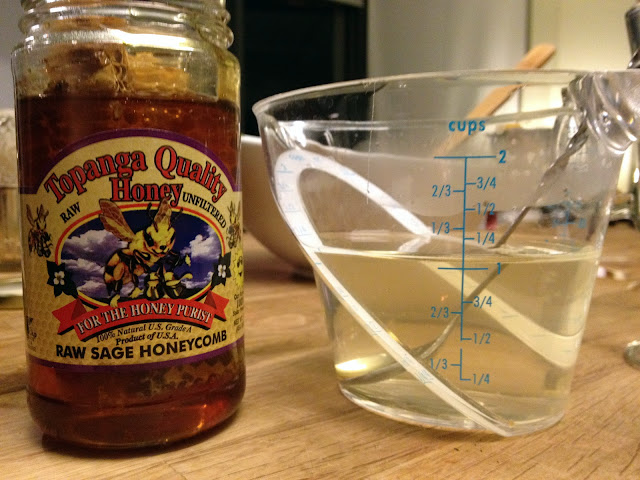 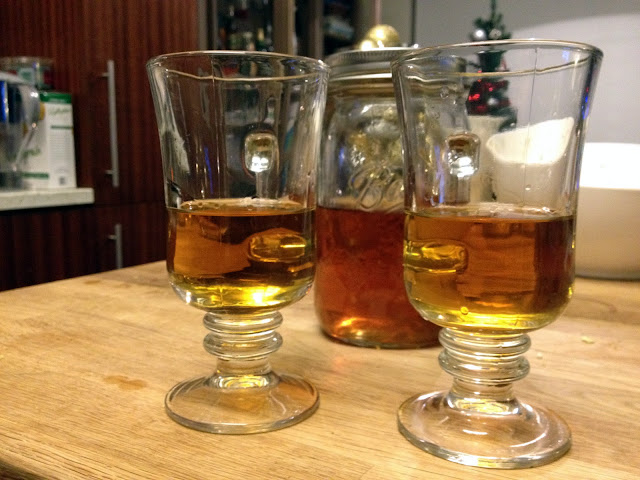 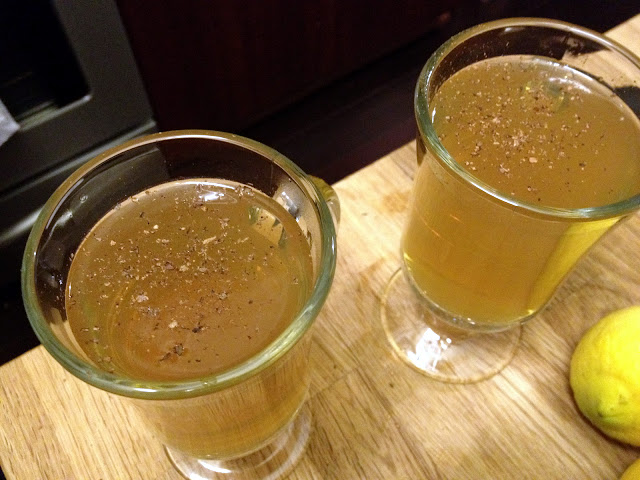 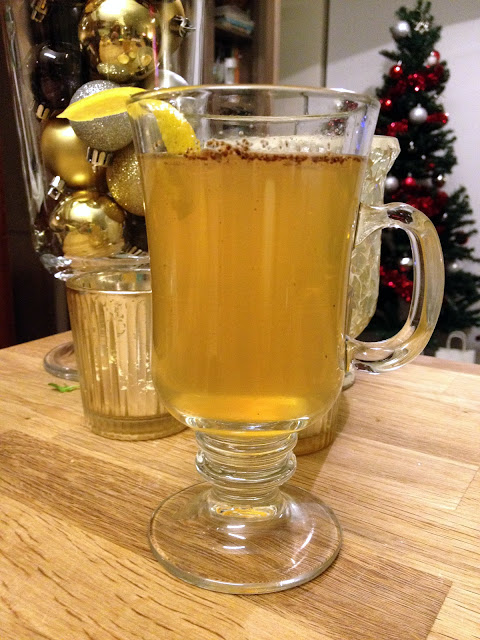 Posted by Bourbon and Bleu at 8:00 AM