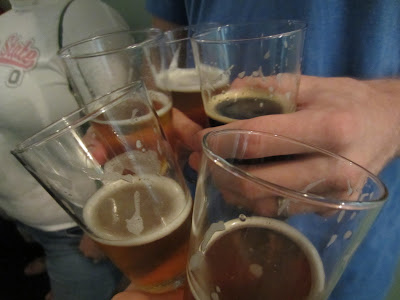 This past weekend we headed down to Beachwood BBQ for its Sour Fest - a week long sour beer event. Josh and I tried 11 different sour beers and made sure to order every single one of the Cascades on tap. Our favorites were the Eric's Ale (New Belgium), The Vine (Cascade), Bourbonic Plague (Cascade), and Sour Lavender (Craftsman).
If you're interested in trying a sour beer (they're amazing!), head over to a local Whole Foods. I recommend Duchesse De Bourgogne as a starting off point.
Posted by Bourbon and Bleu at 9:52 PM